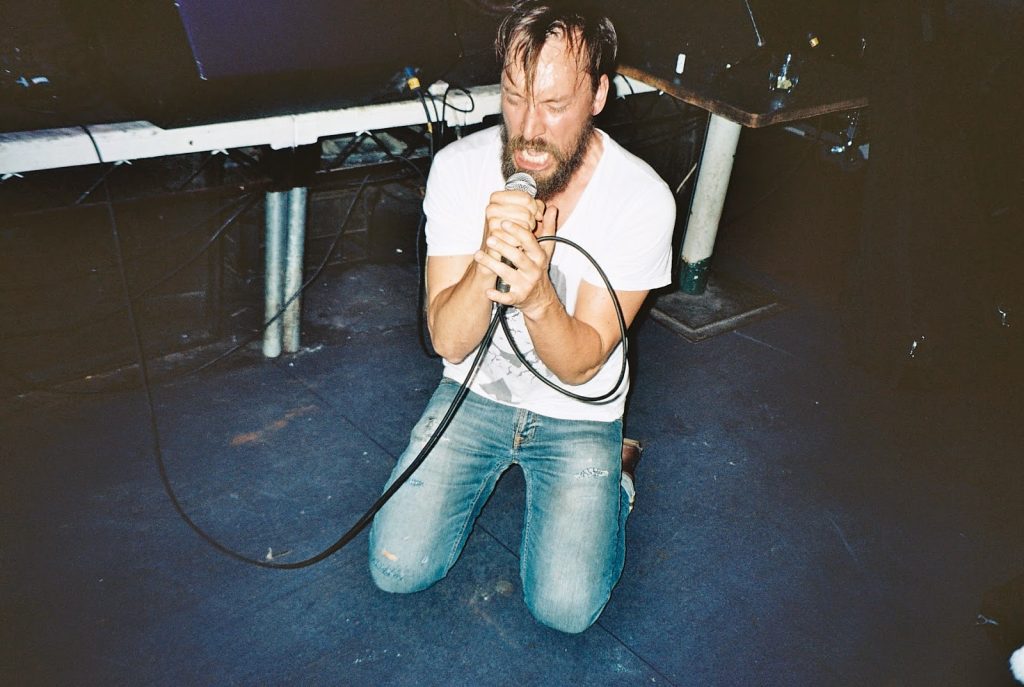 Dracula Legs have only been around for a year and a half yet this band have already been kicking up a storm. Their monster breed of rockabilly blues has been perking up ears at tastemakers such as XFM and BBC 6music, and they recently played kickass London venue The Old Blue Last supporting Big Sister.

We caught up with Dracula Legs frontman Artur Dyjecinski to find out a bit more about the band, what makes them tick and what they think about Gene Simmons.

Hi there, how are you and what are you up to today?

I am tired, but enjoying the last weeks of sunshine before the winter. I’ve been doing the cover art for the new single today. It’s based on one of the band’s favourite films.
To those not familiar with you, how would you describe your sound?
Spaghetti western meets the ocean.
You have quite a distinctive band name, is there a story behind that?
If there is I don’t know about it. Dan and Willard called me one morning, I was still in bed and they had me on speaker phone. They said, “Hey, we go this band called Dracula Legs, want to sing?” and I thought, “Dracula Legs, that sounds fun.”
What are the 5 albums and artists that have influenced you the most?
This is always a loaded question because really I’m going to list a bunch of stuff that we sound like and who we would like to be associated with to make us cooler or whatever. But it’s really not like that, everyone in the band has different tastes and we all listen to A LOT of music…from Philip Glass to Metallica, Hüsker Dü, Charles Mingus to Lampchop. And everything that fills in those gaps.
Our top 5 albums is a conversation that will last a month and should take place in a bar…
What other artists do you really like at the moment and why?
I heard the new J Mascis album which is pretty great. Pretty excited for the new album from Goat.
I’ve also got the new Castanets album on repeat! I’ve followed Ray’s [lead singer of the Castanets] music forever and have got to play some shows with him so I am always excited to hear his new projects. This one is still very fragile but offers some more electronic elements which haven’t appeared on past records. I love it.
What are some of the key pieces of gear you use to write your tracks?
Our guitarist Dan’s setup is pretty special – his Fender Jag to Swart amp combo. Apart from that we tracked the vocals through a vintage Neumann U67 mic which is just beautiful. Actually the whole vocal chain was incredible, Neve 1073 to STA level. Sounds so warm and transparent.
But when it comes to actually writing, Will and Dan write the music and I write the vocals later at home. Key gear: Guitar (any) and Pen (ballpoint).
What’s the best gig you have ever done and why?

We played a show in Paris for Nuit Boréale. Basically, Paris has an enormous music festival for one night. We played the Canadian stage and the crowd was shoulder to shoulder and as far as the eye could see. They danced HARD!

What’s the worst gig you have ever done and why?

Everyone who’s ever been in a band knows you get some shows that are like a rehearsal. Nobody there. No money. No beer. You do too many of those and you start to question your life choices…

If you weren’t a musician what would you be?

A guy that wishes he was a musician.

Gene Simmons, in his struggle to stay relevant by making grandiose statements, recently said that “rock is finally dead”. What do you think about that?

I think it’s sad that people like Gene Simmons have lost touch with music. I have never been more excited about music than I am today! I’m not sure what he meant by “rock is finally dead” but I wish I could get him to buy me a beer so I could convince him otherwise.

And finally, Dracula Legs have a new single coming out soon. Can you tell us a bit about it?

Dracula Legs next play The Macbeth, Hoxton on Wednesday October 8th. See you there!

Set to release his debut album in the weeks to come via Seeking Blue Records, music producer Vanic has been ...

Image by: Pietro Rizzato Releasing his debut EP Paracosm via Monstercat, music producer Mazare celebrated the release with a live ...