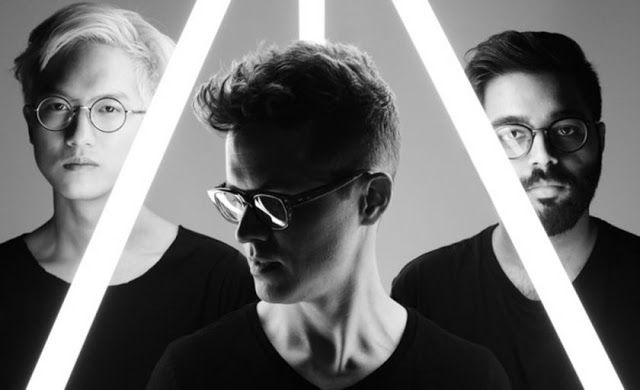 Stretch your arms out before you; uncurl the clench of your fist. Pull your fingers taut; watch the stars spill from your palms; the glittering, the blind. The push and pull of action. Contrast the creases that decorate you; constellations. Connect the lines, the dots of each consequence; from a desperate grasp and hold on; from a let go and the scrape and burn of breaking the fall. From a scramble. Mistakes. The warmth of a lift up. Anothers’ helping hand. A calloused fist. Bruised knuckles. The red of the clench of loss. Anxious fidget. A sign of mercy; a sign of revolution. A beckon. A welcome. A tender stroke, and an embrace. Shake the dust of the instruments that lay before you and allow the experiences gathered within the grains that scatter, the stars – the exploding and the broken to be wielded; to protect, to teach and to envelop. To comfort oneself and the other. Allow the myriad of texture in a terrifying world to bring you to yourself; an exploration to the touch of fingertips backward, forward; stagnant and racing. The life we build in the power of our palms ceases and flows; a steady path forward to push, or around in circles; back to the past stories of ourselves, a jungle absurdity of an environment these hands cannot control. They cannot turn the limbs of the clock; stubborn backward – a pillar of salt as we dared to turn back – a roadblock forward, in which we are able to take control of the absurdity of it all; falls under mercy, a safe world for the newborns to flourish and blossom. A combination of the old and new need to be clutched. Hands that allow the television to shout our names; that cover our eyes, that cover our ears. To take what we’ve learned in confidence; gaze upward as an abyss envelops; the spark of touch and clasp of each other’s hands into a known and unknown world –

“Is this the future
Standing over me?
Will it grow, will it burst,
when the flower blooms
Or can it rise from such a seed?”

Brighter Wounds; luminescence of blood spilled and an aurora of knuckles bruised in exasperation and in liberation – the fifth album of the ever irradiant Son Lux, brings us an intricate exploration of the depths; the loud overtakes and silent calms of a dynamic ocean of human experience. A metamorphosis in sound; Son Lux, founded originally as a solo endeavor by American classically trained composer Ryan Lott – built from a foundation of eclectic sound and experimentation, grew into a symbiosis with the addition of guitarist Rafiq Bhatia and drummer Ian Chang; giving Son Lux the official title of a band with the release of Bones in 2015. Breaking through the skin of genre-definition, the experimentation in auditory texture accompanies an album very intimate in nature; Brighter Wounds, separates from worldwide perspective and instead expresses Lott’s own vulnerability and uncertainty; a delve into the jagged mountain stretch of time and its waypoints – a past tenderness (and reformation), remembering and forgetting – the never-easing stinging of grief – of coping with loss; of clenching ones fists, of anxiously delving into the frightening experience of this world and human emotion; the simultaneous awe of beauty and terror.

‘Forty Screams‘, the first track and a hushed introduction, greets us with Lott’s soulful vocals, reverb drenched and distant; accompanied by the rising and falling of textural electronics – their curious exploration within a growing melody, a synth drowned in a melancholic chamber of effects. An apt introduction; with the birth of his son shortly after the election of Donald Trump, Lott’s anxious understanding of the reality in which we exist – which, in its current state is sickly cumbersome; a broken-hearted reality for the new and growing generations to inhabit.

Newborns, births, rebirths; new eyes in which to see the world, the tone of the song uplifts from its’ cautious, tender beginning to a steadier and more confident expression with a firm bass, and angelic synthesizer melodies follow one another amongst Lott’s vocals. The inclusion of strings, falsetto lift and repeated lyrics – one cannot help but to feel Lott’s gut-wrench; of being looked directly in the eyes, and offered a line which feels almost like an apology:

“I had wanted a better world for you.“

A whispered vocal harmony to conclude:

‘Dream State‘, immediately following and contrasting with an excited uplift of voices like an anthem, a playful soundscape of intangible/heart-racing textures; Lott’s warm vocals reflecting nostalgia; forwarding into a driven beat of tender joy in its lyricism, enthusiastic and brave:

“Days we were young,
We took photographs of everything we could see
We knew we were
Impervious no matter how we’d bleed…“

The in-between of soulful tone and confidence of the anthemic vocals, pushes the track forward into a soundscape of jubilant electronic timbres and energetic drums. The dynamic structure of the track allows for a myriad of experimentation, an inspiring and heartfelt enthusiasm of youth bringing in a new perspective; or the nostalgia of youth passed, as though anything were to be accomplished – or now, could be.

“Invincible skin,
It’s how we all begin.”

An interlude of twinkling, gleaming exploration in a lively engulf of mesmer, an animated drumbeat bleeding into a plethora of accumulated sound; eager and driven in movement and tone, an overwhelm of liberated sensations.

“Out of the dark day, into the brighter night…“

The fourth track, ‘The Fool You Need‘ introduces a metallic, industrial tone with a self-assured beat, softened by the gentle pierce of Lott’s voice; reminiscent of the smooth vocal style of R&B, his vocals are calm yet simultaneously assertive with lyrics which could be considered slightly provocative and challenging:

A burst of brass and horns enter and halt, assertive in nature; acting as grammar, a strong conclusion to Lott’s statement, to repeat and re-emerge pre and mid chorus. Son Lux’s ever dynamic range pushes a traverse through timbre and sincerity of the different instruments used; the presence of Bhatias’ shimmering guitar makes itself known; glittering in refraction as it glides across the waves of glitch and beat.

Lott’s ghostly vocals sweep through the vastness of an interlude, harmonies and bright sparks of brass instruments present in the continuation and concluding statement with accompanying guitar:

‘All Directions‘, true to its name – allows us to traverse a seascape of ebb and flow in genre and timbre, pushing theatrics to an incredible overwhelm of its crashing waves and climax. An introduction in minimalism, tender vocal caress; gentle keys working in a swaying flow with the accompanying electronics –  careful, yet calm ascensions by the strings; and percussion, toying mischievously with its presences in the track, make way for a melancholic expression in which the keys are the calm before the storm, and ambient sadness as Lott’s vocals re-appear; strings rise and fall in melodic gesture and layer over on another; break away to the glitch and snare, the synth and excited scramble of timbre build a heartbeat in climactic tempo as the layers of sound unite with one another and Lotts passionate anthem; cries out – the choir too, they say to us:

“Weren’t we beautiful once?
For we see in all directions…“

‘Resurrection‘; the last track of the album, begins with an unassuming static of keys; a distant voice like that heard on an old radio, an introduction of Lott’s vocals as the fade in:

“It’s an impossible dream but you realise,
You’re not waking up
Watch as the silence and protest fail us
Higher than reason and brighter than light…”

“…This is what a resurrection feels like…
From the other side…“

The strings make themselves present, more clarity than the static; yet distant and seldom – appearing aside Lott’s words, the old-radio keys allow the lyrics to roll out like velvet to the touch and tongue:

“Can we be this ugly and still have a beautiful life?“

Brighter Wounds is, in its entirety – an auditory personification of its title. A dynamic exploration of textural soundscape, the intimacy of minimalism and its juxtaposed theatrics gleaming both in enthusiasm and melancholia. Brighter Wounds speaks of a world imperfect; the scream of the corrupt politicians, the insidious grievances that are packaged with the human experience – the illnesses that steal loved ones from us, the systems in which we feel hopeless; the unfair, the sadness and barrage of bad news on almost every screen and radio. Yet, Brighter Wounds glitters with hope; warm nostalgia and learned lessons, the loss of something contrasted with the birth, or the rebirth of another. The empathy we feel, say, as we listen to the gut-wrench and tender//firm and confident//uncertain in Son Lux’s journey of noise and experimentation, the albums true ability to make us feel what Lott may have felt as he wrote. The ability the newborn and growing eyes of this world hold in their palms, as slowly the new generations wake and bring in not only theory but action of real world change. Understanding that the dichotomy of light and dark isn’t so simple; within the light there is always a seed of darkness, and within the darkness there is always a spark of light. We may find ourselves in times of pain, of loss and questioning; the constant anxiety over the state of the world, where these human hands and hearts and minds will lead us next: it’s uncertain, and that’s terrifying – but it’s also liberating. To grab hold of everything before us, with fear yet with hope – “Out of the dark day, into the brighter night.“